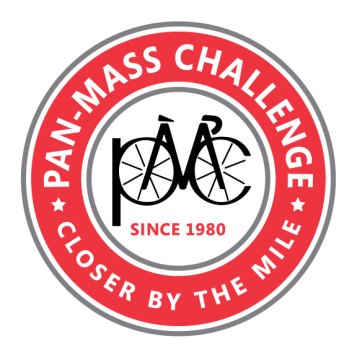 I made the mistake of looking at the PMC training schedule online yesterday morning before heading out for my first “long” ride. Big mistake. I am so far behind in training that it is not even funny. It will especially not be funny on August 3 & 4, when I will be riding from Sturbridge to Provincetown regardless of how poorly trained I am. Yikes. If anyone from the PMC happens to read this, I am sorry and I promise I’ll finish.

The ride itself was really nice. As nice as a ride can be when there is a tape in your head telling you that you are way behind in training. It was a beautiful morning and lots of cyclists were out. Because I left my house around 6:30 AM, cyclists and a handful of runners were the only people who were out, and it was such a peaceful start to the day. I rode around 35 miles and felt great afterward.

The bad news is that I still ride more slowly than I would like. My route is really hilly – at least I think it constitutes “really hilly.” Elevation starts and ends at around 110 ft, with the route having a low of 22 feet and a high of 390 feet. There isn’t just one big climb – the elevation chart shows a constant series of hills, and there are few, if any, flat straightaways. Anyway, it seems hilly to me, and probably good for training. I’m hoping that my lack of speed is due at least in part to the hilly nature of my route. And if someone reading this knows that my route does not, in fact constitute “hilly,” please don’t tell me. Ignorance is bliss here.

The good news is that I felt fine when I finished and could have kept going if I didn’t have morning commitments I needed to tend to. I am confident that I will finish this ride, even if it takes a while.

I decided when I signed up for the PMC that I would dedicate each of my long training rides to one of the many people I am riding for. This, my first official training ride, was dedicated to my husband, Chris, my inspiration for riding the PMC and for just about everything else I do.

Chris was in high school when he was diagnosed with Stage 3 Hodgkins Lymphoma. His prognosis was not good, but he beat the odds and is still here today, approaching the 25th anniversary of his final cancer treatment – on February 7, 2014. While I was busy trying to figure out which Swatch watch to purchase in high school, Chris was undergoing intensive rounds of chemotherapy and radiation. It worked. He survived the cancer, he survived the treatment, and he did it with the strength and dignity that I still see in him today.

For Chris, like many survivors, the cancer diagnosis is a lifelong sentence. Although he may have beaten the lymphoma back in high school, he still must deal with the long-term effects of the intense chemotherapy and radiation that were part of his protocol. He has a wonderful life, but he suffers a multitude of medical issues that result from his prior cancer treatment, not to mention the persistent fear that cancer will return. Nonetheless, he is so, so grateful to be alive.

Chris and I have been married for 17 years. When I met him, we were first year students at Boston College Law School and he was coming up on the 5th anniversary of his final cancer treatment. I remember taking him to TGI Fridays on Newbury Street in Boston to celebrate – February 7, 2004. We were just friends at that point (and if my ex-boyfriend is reading this –SERIOUSLY, WE WERE JUST FRIENDS AT THAT POINT), but good friends, and I am so glad that we celebrated that milestone together. Within a year of that anniversary, we were dating, and within 18 months, we were engaged. Married on August 10, 1996 and the rest is history, as they say.

Before I met Chris, I assumed that feeling insecure was a basic part of any romantic relationship. I think I was convinced that the insecurity was what kept things interesting. How exhausting. When I started dating Chris, I realized how nice it was to feel completely loved and accepted. He gave me the confidence both to try new things and also to simply be myself. One of the things I love most about Chris is that he never fails to support me. I always say that if I told him I wanted to be an astronaut, he’d go out and buy me the suit. He has never doubted that I could do anything I wanted to do, and that kind of unwavering support has shaped my life in the most positive ways.

Chris is one of the smartest people I know. He’s a problem solver, and loves helping people out in need, whether it is sorting out a thorny legal problem that a friend faces or finding the best online shopping deal for something they need. He’s a “go-to” guy for friends and family when they need help. He is loving, kind and funny. Many people who meet him comment to me that he is one of the nicest people they know. And he is.

I am so grateful for the advances that were made in cancer research that enabled Chris to win his battle. I am thrilled that advances made since his treatment have enabled other people to survive lymphoma without the residual effects that Chris has to deal with. Advances in treatment not only save lives, but they also improve the quality of life of the lives they save. And I’m honored to raise money for the PMC to help fund research that can keep these advancements coming.

Follow It's A Marathon AND A Sprint on WordPress.com